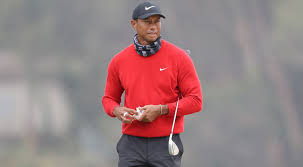 “The plan is to play four out of five; that’s the plan,” Woods told ESPN.
Going down the Memory Lane, It’s been nearly two years (September 2018) since Woods has played three events in consecutive weeks, as he’s picked his spots in recent years and shaped his schedule around major championships. The shortest span between competition for him this year were 20-day apart between the Memorial Tournament and PGA Championship, and the Farmers Insurance Open and The Genesis Invitational.
His participation at the BMW Championship next week will set a new record after playing in the PGA Championship just two weeks ago. Tiger Woods has entered the second event of the FedEx Cup playoffs by opting to be part of next week’s BMW Championship field, setting up a potentially enervating five-week stretch.
The 15-time major champion could compete in four events during that span, ending with the U.S. Open at Winged Foot. Woods is scheduled to play this week at the Northern Trust in Boston, the first event of the FedEx Cup playoffs, with the season finale Tour Championship on Sept. 4. which he would need to qualify for. The U.S. Open is scheduled to begin on Sept.
17.
“Trying to get my strength and endurance up to that ability to making sure that I can handle that type of workload,” Woods said at the PGA Championship when asked about the potential schedule he faces.
“We knew once I started playing again when I committed to Memorial that this was going to be a heavy workload, and my training sessions, we’ve been pushing it pretty hard, making sure that I kept my strength and endurance up.” he said further.
Woods finished Tied 37 at the PGA Championship after narrowly making the weekend cut. His best finish this season came at the Zozo Championship where he edged a loaded field in Japan.
Everything right now for Woods centers around peaking at the right time for the U.S. Open, and between training and playing, that’s what he’s geared his physical and mental attention towards. “It’s a long grind,” Woods said.
Playing well at the right times, it’s all about timing when you get to the TOUR Championship, so the Playoffs is a different structure entirely, so we’ll see what happens
x

2022 Masters: The Tiger’s Roar on Thursday, and the projected cut line for the tournament.

Becky Brewerton extends her lead at the Investec South African Women’s Open as Oboh remained strong heading into the final round.