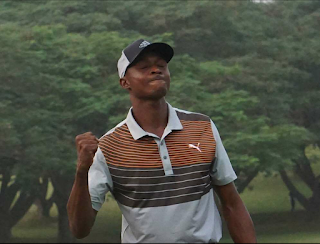 Ghanaian golfer Vincent Togarh played a relatively stress-free opening round at the 2021 Kinshasa Open on  Friday, doing so at a difficult and tiring venue that doles those out about as often as Ebenezer Scrooge hands out schillings.
With familiar winds and tree guided fairways the kinshasha Course proved a monster on Friday. But Togarh, a man known most for his consistent ball striking, heated up the putter  on a partly cloudy Friday, and conquered one of the regions golf course’s with the seemingly  sternest tests to the tune of 1-under par 71.
Togarh and only one other player managed to shoot within course par, on a day of high scoring at the Kinshasa Golf Course. Belgian Gresse Gerald a player on the ALPS Golf Tour. Shot a level-par 72 to trail Togarh by one shot.
Zimbabwean player and Defending champion Visitor Mapwanya posted a solid round of 73, as well as Zambian blazing golfer Sydney Wemba who also posted a 73. To sit joint 3rd on the leaderboard @ 1-over par heading into the second round.
French player Espana Edouard,and Christopher Francis of Nigeria, are tied 4th at 2-over par.
Sunday Olapade and Joe Nawanga of Namibia  share fifth position on four-over par, after posting rounds of 76 respectively.
Below is a quick view of the leaders board after the 1st round. 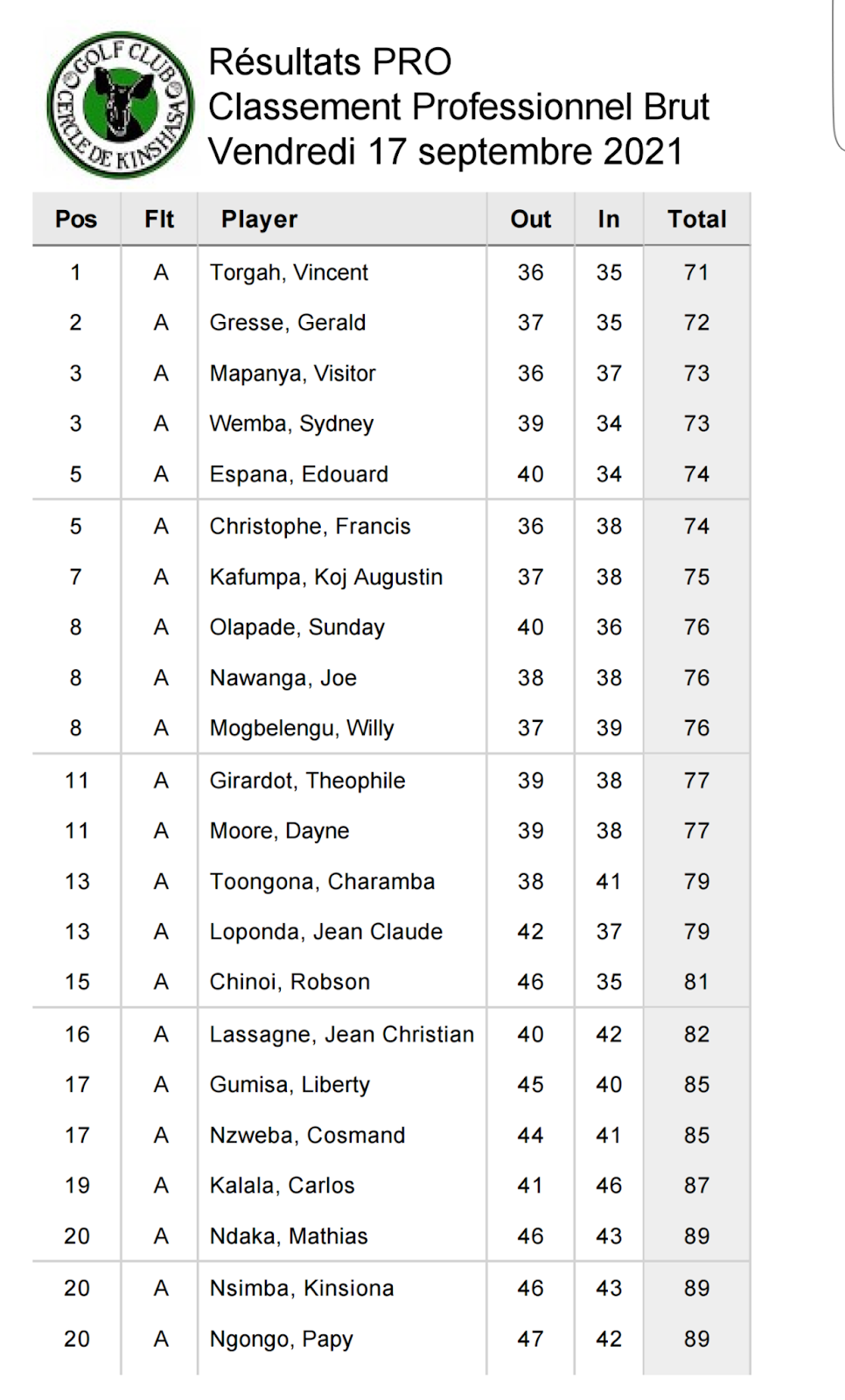 37th Libreville Open Golf Championship: Robson Chinoi remains a major threat, as Olapade ties Togarh ahead of the final round.

37th Libreville Open Golf Championship: Robson Chinoi remains a major threat, as Olapade ties Togarh ahead of the final round.